This past Monday I had a real strange aura experience. It started out as a sun-burst pattern with red and yellow color to the edges. After only a few minutes the area from the edge toward the center started to fill in with a dark purple-grey color that I could not see through. It got pretty unsettling. It lasted for about 15 minutes and then slowly went away. During the episode I was very dizzy and the dizziness lasted almost all day. The next morning I woke up with a real butt-kicking migraine.

Is this typical of aura? I have never had this before.

When I used to get auras I got the jagged flashing lines first and then the dark area that you couldn't see through. Talking about scared the first time it happened. Lasted about 20 minutes.

Hal
According to the doctors, yes this is normal.
Be warned though, this type of aura in my case has been followed by total black blindness for several minutes at a time on four or five occassions.
It is quite disconcerting so be prepared for it.

Only had an aura like that once, but I've read about many severe side effects similar to your description being common for auras. With mine, it feels like that visual effect some films use to give the impression of slowly closing the eyes or losing conciousness, with the camera being 'your perspective'. My vision just gets progressively darker in my peripheral vision, and I end up with severe tunnel vision and dizziness if it goes on longer then 15-20+ minutes. Usually the throbbing starts around that time, and my vision clears up a bit but sensitivity to the light at that point is excruciating.

I've joked with my friends that I think the original vampires were probably just migraineurs; only visual symptoms being the severe sensitivity to light, flushed skin color, extreme highs and lows in mood, and possible addiction to red wine (which has been known to help some migraine patients - unfortunately, not me). Other then getting sick from wine, I fit the description perfectly. Too bad it leaves me feeling anything but immortal! 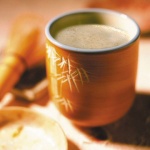 How soon after the episode starts does the blindness begin? This is not good news for me. I hope that I would have time to pull over if it happened while driving. I wonder if the pain pills would alleviate the symptoms even though I did not have any pain. I really need more input on this. None of my doctors ever explained this to me. After 55 years of migraines, now I get this aura garbage. And this disease is not considered a disability by the government? What a bunch of idiots! I would like to have a few of them in the car with me if I loose my vision for a few minutes.

Just a quick reply Hal even though I know you were addressing Marion,

Migraine is most definitely considered a disability by the US government, and the World Health Organization. I don't know your case if you live outside the US, but WHO rates migraine as the 12th most disabling condition in women, and the 19th most disabling conition in men. It's only been in the past 10 years from all I've seen that governments started regarding it as a disability, and way too many occupations and managers aren't aware of it. It is enforceable by federal standards under ADA, and you can research more at their website ada.gov, although it's admittedly not the easiest to navigate. Be nice if they made a better webpage with material for people already having a difficult time, wouldn't it?

I also believe that an aura isn't something that will suddenly hit you after 55 years of migraines. If you haven't had auras before, it's not likely you will ever have them to the best of my knowledge. The material about it that I read stated it's something that either happens consistently to a patient, or doesn't.

The way I look at my auras is more of a warning sign of what is coming. It helps to feel the slow onset of aura before a migraine to take preventative actions against the migraine itself, so I definitely prefer having them.

All the auras I have ever heard about hit slowly over the duration of 10-45 minutes, so you would definitely have time to pull over if driving. Although, I've driven about 30 minutes throughout the aura phase reasonably safe but preferably avoided. I only chose to do so because getting home before the migraine would feel a lot better then stopping aside the road. Sudden blindness has never been an aura effect I heard of, and I think Marion was describing what happens over the course of the 10-45 minute aura-feeling, lasting several minutes at a time which I have experienced rarely. If someone else experienced or read about something different then please correct me, but I don't think immediate/unpredictable blindness happens to anyone. Where having a migraine is like having your head crushed by a boulder, the aura is more like standing up too fast while drinking liquor. Some of my auras might be entertaining if it weren't for knowing the boulder was about to fall once the aura fades...

Well, let me be the first case of having aura after 55 yrs of not having it. I always felt lucky that I did not have that symptom. It has really just started this year and I don't like it. I have always been the wierd one in the family.

As for the disability, if the government recognizes migraine as a disability, why do we have such difficult times getting SSDI when we have well documented migraine? I have been "let go" from jobs due to my disability. I wonder if I could go back and sue?

Well, let me be the first case of having aura after 55 yrs of not having it. I always felt lucky that I did not have that symptom. It has really just started this year and I don't like it. I have always been the wierd one in the family.

As for the disability, if the government recognizes migraine as a disability, why do we have such difficult times getting SSDI when we have well documented migraine? I have been "let go" from jobs due to my disability. I wonder if I could go back and sue?

Sorry Hal to hear about the sudden onset of auras. I guess it's kinda similar to tornados and earthquakes that it is far from fun the first few times you're in one, but after they start happening all the time, it's easier to deal with at least when they are not severe cases. I really hope that will be your experience with them also and that it isn't severe. I've been lucky with relatively mild auras, though my migraines are ten times worse then a couple other people I know that are able to work through it. It's a frustrating and unpredictable disability to say the least.

I don't know your particular case, but the only reason I found why I can't get SSDI is because they require a disability that "has left you, or is expected to leave you unable to work for 12 months or more". State disability has different requirements that can be defined on a two-week basis (at least in California). It's not that the government doesn't consider it a disability, but that it is restricted by timing and duration, probably mosty due to cost. They would have to deduct a lot more from our paychecks/taxes every period to cover people sooner and more often, and I'm not sure I'd prefer that. As it is now, it only exists as a supplement to more lenient forms of disability benefits like personal insurance or state coverage. The only restriction with state coverage is being disabled longer then one week, then every day after that will be covered until able to return to work with the support of a doctor or physician. Luckily that was very easy to get, really only asking for a doctor's signature (perhaps too lenient?).

If you have been disabled for previous years with documentation, you should definitely file for it. I didn't get as far as what documentation is required. I only know it's not applicable to me yet and I have to make ends meet with state coverage for the time being. It's not a lot, but it's been enough to survive on for the time being. Their idea of 'enough' is definitely questionable though (55% of your regular income). Nobody can say that people on state disability don't have incentive to return to work.

Hal,
I have been told by my neologist and several co-workers who suffer from migraines that when a change in auras occurs, it is wise to talk to your doctor. Good luck.

Luckily I am on SSDI now. After three years of fighting for it.

Also just got back from the VA doctor. They are useless as....

hal - I have always had minor visual auras, things like sparks in my peripheral vision. But recently, for the first time in about 25 years of migraines, I had a full-blown aura very much like yours. The only minor difference was I couldn't see for about 30 minutes because the grey field covered my entire visual field.

It sort of worried me why this would happen. I mentioned it to the neurologist I'm going to for other reasons and he just blew it off like it is common.

Yes the black comes in after the fireworks show.
Starts with sudden shimmer around the edges of vision.
Proceeds to lightning bolts.
Then black.
Then knife through eye.
Takes about 45 minutes to get to the knife.
So quick bolt for home if at work has always been possible.
But, really can't recommend it.
Probably shouldn't have on a few occassions.
In other words have pushed my luck and got away with it.

Actually will add a bit more.
That sort of classic migraine I have described started for me at 25.
The last one was two years ago and sent me screaming to emergency thinking I had a stroke happening with numb left side and hallicunations.
Since then everything has changed.
Now it's contant visual spots aura and constant 2-6 headache and constant not well feeling.
I am playing chase the symtoms game and off to an ear specialist next week.
Off to holistic doctor the day after.
Three trips to the eye specialist re eyes - some answer each time - migraine aura.
So yes, I think absolutely that m's can change at any age to any form.

Absolutely right Marian about migraines changing. Mine started at around 30 (just aura--didn't know that was migraine until much older when the pain started). The auras only happened a few times a year. Then when I started going through perimenopause I started getting the pain (once a month during my period). Then whatever was causing the auras burst (stroke). Haven't had an aura since then. Now I get pain 2-3 times a week.

We are all so different which makes me think our migraines are all caused by different things. Instead of migraine being the disease, I believe it is the symptom of another problem. Just my thoughts.

Similar topics
» Some hope??
» Faint "aura" out of corner of eye that won't go away. Anyone ever experience this?
» New Aura...
» The beginning of an aura
» Migraine with aura... I need people to relate to!