Before I could barely operate a computer.
This was the first thing I goggled.

I never knew anyone. I never posted.
But there are people I read about on here that I think about over the course of my life.
Or the last decade.
Anyway, are Richard and Vicky specifically still around?
For some reason I think about them from time to time.
Vicky because chronic migraines I just can't imagine.
And Richard because he was a very lovable, familiar person.
I guess they are no longer here?

I am not sure if you are talking about the same Richard, but there was a Richard at Ronda's migrainepage who was heading a group of interent bullies, causing lots of bad feelings and upsets and when in the end he attacked Ronda, he and his group of followers left this forum.
Things are much calmer here since they all left, and we have better time concentrating on matters strictly connected with migraine.

Vicky does not seem to be here any more, either.

What? Um.. the person with the user name Richard?
I assume there is only one.
He was here since the late 90s.
Certainly not a bully.
Oh well that's sad.
Never got to know them. .

Vickie, if it's the same person, has migrated to another board. I don't want to pass on another's personal info, but I knew I could say that much. She's still very sweet and helpful.

Right. I guess there are other migraine forums these days.
I think this may have been the only one back then.
Anyway, thanks.

I came on the board just briefly today because I was looking up information for a friend with migraines, and I saw this incredibly sweet post! I'm so touched that you thought of me! I continue to struggle really badly, which is a major reason that I haven't been here much. I occasionally post on another board, but I wouldn't say I've migrated there either.

And while I don't want to start a fight, I need to stand up for my friend Richard. I sat back too often, not wanting to cause waves, but no more. He was not the bully. Someone else was who is now posting under another name after she got in trouble for the cyber bullying. Richard wasn't the only one being bullied, but since it was through private messages, we didn't learn about how bad the problems were until it got so bad they left. That is actually when I slowed down coming to the site.

But as for me, I am just slowly dragging along with my health. I can't work and live with my parents for the moment. I had hoped to write a book that was based upon another book. It was a book about culture for people who want to go to other countries as missionaries and how you need to adapt to their culture, and I wanted to adapt the book, take out the Christian material, and write the book for an audience of international students who need to understand what their professors and classmates think when they are late to class or something. I actually had a student (I volunteer with international students, having them over twice a month to my parents' house for dinner and conversation with each other and Americans; that has been incredibly fulfilling!) who was a brilliant Chinese MFA student (Master of Fine Arts, which is the equivalent of Ph.D. in that field) who failed two classes, one because she was 15 minutes late to the final, so the professor wouldn't let her take it, and the other because she was 2 hours late submitting her final project. She was such a perfectionist that she couldn't make herself stop to turn it in on time because she didn't think it was just right. So the professors of both classes gave her 0s! She was able to appeal one of them, but not the other. So this is an example of how students from other cultures don't always appreciate our own cultural ideals.

Anyway, before I move on the good news, I'll also mention that a new symptom has cropped up, and that is that about once a week I come down with a fever just for that day. I feel absolutely awful, even with a low fever, but then it is gone by the next day! The blood tests (and they took a lot of blood and on different days to see what it was like when I didn't have a fever and when I did) came back clean. I had a CT scan on Tuesday to look for pockets of infection that might not hit the blood stream regularly or cancer, and that came back clean. But the mammogram on Monday did not. It showed irregularities. I'm not too worried, as I was diagnosed with a condition of cysts in my breasts, which is why they are so tender, a couple years ago (it's genetic and may be related the cysts on my dad's face), so that is probably what this is. But they need to check it up to make sure it's benign. But since I have had several women in my family have breast cancer, it's good to check it out. I'm just surprised that at 35, my tissue was not too dense to read!

But the good news is that I'm getting married in May! I finally found a really special man from El Salvador who has been here 20 years. The one thing that sucks is that he applied for political asylum 20 years ago when he got here, but the U.S. kept losing his paperwork and dragging their feet. So now, 20 years later, he is in the anomylous situation of having to prove both that he needed asylum 20 years ago when the civil war killed his brother with over 100 bullets and permanently psychologically damaged another brother, who was forced to fight for the guerrillas for two years until he got so sick from the psychological damage that he had to spend two years in the hospital! But he also has to prove that he needs asylum now. He has written an autobiography of what it was like to live in the war, and while he never names names, people who were there can figure out who he is talking about. So the hope is that by getting it into Spanish and in El Salvador, they'll be able to show that he is enough of a public figure speaking out about the atrocities during the war (the guerrillas would brainwash children to support only them and then give them in gun and force them to kill their families! Because Jose's family was so tight, they didn't even try that on his brother, knowing it wouldn't work. But Jose and his family lived homeless in the jungle for two years!

By the way, that makes me think of something. Is there anyone here who is strong at Spanish grammar or knows someone who is who might be interested in an editing job? Jose translated his book into Spanish, but his grammar isn't very strong, so he wants to find someone who can fix it up to make it more readable. He doesn't want it to be academic Spanish, just decent accurate Spanish. We can pay something, but I'm not sure how much we can pay.

But anyway, he is a great guy, and I am very pleased to have found him (people's encouragement from here to try eHarmony actually worked!). And one thing that I think is really cool is that not only does he not mind my keeping my maiden name and adding his to it, but he is going to do the same thing, so we will both have both last names! My last name is so unique that only 4 of us in California have it, so I didn't want to give it up altogether. It's only four letters (Gewe), but the first half comes from Germany and the second from France, from the Alsace Lorraine, which has been going back and forth between the two countries for centuries and thus got melded. It has the most unusual pronunciation (I once had a contest on this site on who could guess the pronunciation, but no one came close!), so it is special to me. And as someone once said, it tells the history of two countries in just four letters! So Jose liked the name and decided that he wants to add it to his name as well! Isn't that awesome! I offered to be Gewe Mejia (no hyphen, so we could be the Mejias) or Gewe de Mejia, which is how they do it in Latin America. He liked that, but when he heard that some men take on women's last names, he loved that, so we will be Mejia-Gewe. Isn't that cool?

Anyway, I'll add a photo, so you can see what we look like together. I'm four inches taller than he is, so the photographer, who is an international student friend from China studying photography at the prestigious Art Center in Pasadena, was creative with our posing to make me not loom over him! We'll probably have him stand a step down at the wedding. And if it looks conspicuous, my train is long enough that it can probably cover up the feet!

[You must be registered and logged in to see this image.]

I just saw this, sorry. Welcome back, fullon!

I would also like to say I never felt 'attacked' by Richard, nor did I ever think of him as a bully. I miss him on this board as well.

I spoke with fullon on PM and told him/her that I didn't find Richard to be a bully. 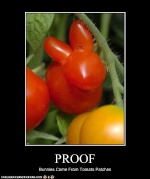 I remember Richard. Ya, there was feuding going on but he was not the instigator as far as I know.

estre004 wrote:I remember Richard. Ya, there was feuding going on but he was not the instigator as far as I know.

I remember it the same myself, vocal, but not the instigator.

He wasn't the instigator. Both sides got carrieda way, IMO. Best to just let the subject drop.

Thank you Rhonda and Vicky. It was so nice of you to welcome me back. Thanks for the update on your life Vicky. I could pretty much have imagined exactly what you described. I specifically remember your interest in foreign cultures (ESL, etc.) I always thought your interest in foreign cultures was really cool and also thought it was neat the ease you felt moving within other cultures. It is great you found a way to do something with that with your writing. Also great photo! You look very pretty and I hope your husband treats you very well and you have a wonderful life together. It is a real salvation that he wasn't traumatized as his brother was. Trauma can really take out the ability to live, function and enjoy life. That is really a miracle that he was spared.

I have to say I am somewhat concerned about Richard and I'm just wondering, is he doing okay? I know these days it's probably much easier to connect with people you most want to be around and narrow who you talk to. So maybe he just found a place he's happier. In any case it would be great just to hear that he's doing okay.

I also remember Anatolia from Italy and Norma who was a really cool lady and was it Riesa? from Russia as well. But you and Richard I have thought and wondered about the most so thanks for updating!

I just happened upon here not expecting anything and it was a GREAT surprise to see a post from you.