Done in again by ham!

Done in again by ham!

Once again I was felled by cured meat. I made a large baked ham for dinner Saturday night. While glazing it, I had to try a couple of slices to "make sure it was OK". By dinnertime I was in no mood to eat anything and in considerable pain for most of the night. The next day, I had to try a ham sandwich to see if that was really the cause. Yep. Down again. So I spent all day in bed Sunday and didn't feel that great Monday and ended up taking the afternoon off to sleep off the remnants of migraine.

I literally felt poisoned by the ham. I read up on sodium nitrate and found that it is a vasodialator just like the nitroglycerin used for angina. I even had a stuffy nose on one side from the extreme vasodialation I was experiencing. One article I read said incorrectly that sodium nitrate causes the trigeminal nerve to swell and it is the swollen nerve that causes the stuffy nose. In that case, nasal sprays, which I used, must shink swollen nerves!

My wife gave the ham to some visting guests to take home so I wouldn't be tempted to eat anymore. I guess I'm like Homer Simpson when he took home a giant sub and kept eating it even after it had spoiled and was making him sick, until Marge got rid of it.

ANYWAY - I'm normally fine with cured meats, eat them on occasion without any problems at all. But I have noticed that every now and then a ham will get me. The question is why? Do some hams have a lot more nitrates and nitrites in them than other brands? This was a storebrand from our local supermarket. Great price and tasted great.

i love ham, too, but long ago gave it up because of the chemical problem. if you're dying for some (that won't make you die!) you can find either pork or turkey BACON without nitrates and crap, at healthfood stores......this is great for flavoring stuff, and i use it sparingly. bacon, after all, is mostly fat and who needs more of that?

just a commisseration (because i have had to give up most foods other people eat; allergic/sensitive to ALL food chemicals), and a small suggestion. dianne

done in by ham

I will NOT eat bananna, raw onion, saurkraut. I still remember the M caused by those .

yes they do contain different amounts of nitrates well over in uk anyway. you need to go for the organic free range meat and beware of imported meat.

I wonder if it is the quantity of it. I can eat bacon and sandwich meat and be just fine, but ham will throw me in a total migraine for sure.

However, bacon and sandwich meat I will only have a few thin slices, but ham I will eat a big fat slice! Bigger than a hot dog! That is a lot of nitrates.

Ham or any meats with sodium nitrate are a major trigger for me. I did not figure this out until my first period of remission in 2OO2. For me, it is not only ham, but bacon, hot dogs, any processed meat.

I live in the south and attended a liberal arts school in Tennessee. Twice a week a friend and I would meet for lunch in the cafeteria. They usually served green beans on tuesdays. I thought that Green Beans would be safe because there had been several uproars on campus about meat being used in "vegetarian" Dishes. Well, I was wrong. My friend noticed that I would get a headache about 3 hours after lunch. So I spoke to the kitchen manager, when I asked him if the green beans were cooked with bacon he said "yes, of course. How else do you cook green beans." I learned my lesson and now carefully avoid vegetable cooked with bacon- not an easy thing to do in the south.

Now, you can get ham without nitrates. I believe Hormel makes some natural sliced ham with no preservatives. Applegate farms also has some god things- hot dogs, bacon, and ham without nitrates. So it is possible to get it. I also found that a lot of the imported ham prosciotto does not have nitrates and I love that.

I hope this helps.

Wow ham, bacon and anything smoked will get me right away. sorry to hear about it. I hate to write off yet another trigger food that I love.

Maybe the nitrate free hams will work for you. I cannot eat anything laced with salt. 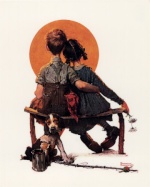 kimsmom wrote:Wow ham, bacon and anything smoked will get me right away. sorry to hear about it. I hate to write off yet another trigger food that I love.

Maybe the nitrate free hams will work for you. I cannot eat anything laced with salt.

Well, I brought it on myself. I probably shouldn't play routlette with this stuff, but like I said, I can normally eat hotdogs, bacon, salami, etc. without problems since I've been on a good (for me) preventative. Back before I had good control of my migraines I really had to watch what I ate - cured meats, certain cheeses, most wine, alcohol in general if more than a half drink, etc. were all on a no-fly list. Now I can pretty much eat anything.

But this ham thing was powerful. The migraines are gone but I'm still getting some stuff going on - tinnitus, occasional vision blurriness, short bouts of vertigo, etc. three days after I last ate some. You'd think it would have all been washed out of my system by now if the problem is simple vasodilation fromt he nitrates. All I can figure is it must have triggered some inflammation in my brain that takes a while to settle down.

I find that pork itself (never mind the nitrite / nitrate issue) is a trigger. Even just the smell of chops cooking is enough to trigger a major migraine. I stay away from pork, (even the Bible agrees that pork is to be avoided {it is unclean}).