I know that my migraine symptoms are a little out there but hopefully this will strike a familiar note with someone ....................I think I have already posted about my basilar migraines and the descent into stupor that occurs. It is hard for me to verbalize the deterioration of my mental capability. It starts slowly with just a feeling or a sensation that one is starting and then it gradually begins to interfere with my thinking – I get confused – it is like trying to think through quick-sand. Gradually I have to close my eyes and lay down and let it take over. When it is done with me, I am totally exhausted and can’t really function for the next couple of hours.

When the feeling first begins – I doubt what is happening and doubt myself. Is this really happening? Am I just imagining it? Do I cause them or bring them on in some way? Do I want them to happen? I know some of these doubts come from when they first started and I went 15 years with docs telling me that they were “all in my head” and I needed to see a psychiatrist..........but these thoughts persist. I have a friend who thinks that the migraines also mess with my thought processes and plays games with my mind.

So my question is..........does anyone else have these thoughts/feelings??? It would kinda be nice to know there is someone else out there like me. Just a little extra torture to go along with the migraines...........Leslie

Migraines definitely make it very hard to think and make decisions. Your description of trying to push through quick sand is a good one. I certainly find my mental processes to be much slowed when one is coming on or present.

As for the self doubts of bringing one on yourself, don't fall into that "blame the victim" mentality those doctors have put on you. I have found that certain doctors will throw that type of thing out rather than admit they don't have the answers. Talk about adding insult to injury!

The reality is that none of us want these problems or the interference with our lives. I am very confident that we will find solutions to this if we keep trying, push for the needed research, and don't give up hope.

When I was going to MHNI, one of the requirements was seeing a Psych. I was not thrilled about that, but oh well. After several appointments, with no results, the Psych began telling me the migraines were in my head, and somehow I was causing them. then He was telling me that it was in my head and I was making it up! I honestly began to doubt myself. I though I was going crazy!!! How could I be doing this to myself? Why can't I stop it? Then he told me it was from some trauma, getting married and the let down after the nuptials. That is when I put a halt to the Psych. For months, I was thinking that there was something psychologically wrong with me! Was I schizo? Was I insane? That self-doubt ate me up! Eventually I realized that Dr was full of crap. There is no way I was CAUSING the pain I was having. It was not from the 'let down' period after planning a wedding and getting married. I was not (and still am not) crazy. I know what I am feeling. Just because they couldn't 'cure' me, fix me, or help me, doesn't mean it is all in my head and I am making it up.

You have to trust yourself. You know better than anyone what is going on in your head. Maybe you feel crazy, and are doubting yourself. I always figured if I was asking myself if I were crazy, then I wasn't. I figure that a crazy person isn't sane enough to ask those questions of themselves! LOL ( although really that isn't all that funny!) You are so not alone. I think every person that has chronic pain goes through this. I think migraine folks more than most because there is nothing visibly concrete for others to witness why we have the pain we have. Please just trust yourself. If you have Dr's trying to convince you this is in your head, you need a new one. They have obvioulsy given up on you, and aren't worried about helping you. Not all Dr's understand migraine, and many have no respect for migraines or sufferers. Good Luck.

leslie, i just wanted to remind you, and everyone else who might not have read paula kamen's wonderful book, to read it again! her story should convince anyone that pain like this IS crazy-making, but omg, we are NOT doing this to ourselves........

her book is called, appropriately, "all in my head". it's a great book to hand to a skeptical person. of course, most people who would even suggest such a thing to you isn't likely to read an entire book. but it's wonderful for YOU to have as a resource.

we aren't nuts. we have a terrible neurological disorder that causes us untold misery. dianne

What a quack! People, even psychiatrists who just decide it must be psychosomatic are just coping out because the don't know the cause. They used to say the same thing about diabetics, before they discovered insulin and understood the disease.

You were so right to stop seeing that guy. That is the sort who will bleed you dry and not improve anything.

Yep !! When in doubt, blame the victim.

I also get a ''foggy head''. I fall over things, say words all scrambled or backwards, or even worse, saying out loud what i am positive i am just ''thinking''. My limbs dont move when i want them to and its like someone just pulled the plug on my energy.

I absolutely hate it when someone tells me that they have a ''friend'' that ''cured'' their migraines by not eating this or that, or that i need to go to the toilet more often!! I think they all mean well but i dont think they realise what a turn-off it is to hear this well intentioned advice. Therefore i avoid their company.

I laugh at those stupid advertisements that claim you can relieve the pain of migraine with paracetamol or ibuprofen. When i have a migraine i am unable to take tablets as i am too busy vomiting. I think that 1/2 the population are just plain stupid and should keep their quacky advice to themselves. 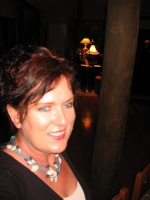